While the bombs fall, or maybe I would rather fall flat on my face again or into some whole in the ground because my heart is just that big maybe. The Difference Between the H-Bomb and A-Bomb, I’m not exactly the one to figure that out

Lesson 006 ~The Difference Between the H-Bomb and A-Bomb~

I hope you don’t think me a physicist, a psycho, or worse a man of the government; if anything women are a lot like bombs. Now I may never be ready to talk about the “Harmonic War” but I hope someday I will but last night I was thinking of another war, The Fall War or The War of Falling, not so great with names you think or am I?

You know a bomb has but one true purpose, a picture is worth a thousand words, and a word itself has over a thousand purposes. With one word you can stop a war, one word you can blow yourself or others to kingdom come, it’s a part of the whole and people often wonder why I remain silent. I’m scared Lady Lu, I’m scared of what I started or hell who knows, there might be nothing up there, then again…

So we live Luna, it doesn’t profit anyone to sit on my ass and do nothing but I still can’t tell you what happened after the “Harmonic War” short of the burning embarrassment, then the freeze out by friends and my own memories, and then coming back from the rubble. In a way that was the luxury, I think there was back then, I didn’t have to think about anyone else, there was only me. I didn’t worry about how much damage was done, I didn’t have to think about the yield, I just took the hit and even then I didn’t have the guts to look in the end.

As I told you yesterday it’s always the aftermath that ends up beating me, that could, would, and should of the matter but did I listen, no I shouldn’t be sitting but I don’t have the good sense to shut up. Why am I though in certain aspects of my life, that book review, for example, I’ve been acting like some guy waiting for Jesus to return and I really need to cut down on my sinful nature may be.

You see Lady Luna that’s what I failed to do for the most part when the Harmonic War started, I challenged and when she fired back and she did, what was left of me just crawled into a hole in the ground, a nice grave. For all intents and purposes I might be worrying over nothing at all, who knows if she’s paying attention, what am I confessing yet again?

With the Harmonic War I had it coming, point blank period, I mean you want to talk about skeevy… am I ever going to get sick of that word, anyway yeah I was. You see Luna I wasn’t the first man and I definitely won’t be the last “TTB” of course I’m not going to explain that now but I was a bad man… I don’t know now whether I truly believe that or not. I knew I would always pay in one way or another but my world was effectively changed, at least for a little while by that H-bomb and then it ended.

As with the War of the Falling I truly didn’t think I was doing anything wrong at the time, I antagonized the H-bomb but when it came to the A-bomb what was my purpose, what did I really want in the end? Three truths, I liked her, two I thought we were friends which is why I spent so much time commenting on her work “flirting” as it were, and okay I like seeing girls all hot and bothered, pushing their buttons. I pushed the wrong one, didn’t I Luna, and now here I am thinking it’s the end of the world but I’m not running away, indeed where is there to run to anyway?

To this day I still feel bad about both, whether years ago or six days, I never wanted to be that man, and I wish I could take it all back but isn’t that just it. Once that bomb is in the air and it’s coming down it must fulfill its purpose, it must do what it was created for.

A bomb doesn’t care, a woman doesn’t care and I know what I must sound like forgetting all the lessons that I’ve read, not mine Luna, I’m an idiot. If I could do it all over again I would have hugged her goodbye (less awkwardly) wished her a nice life and let that be over.

“They say before you start a war
You better know what you’re fighting for”
Angel With a Shotgun, The Cab
Again I could be worrying over nothing, they say to live each day as though it were your last but didn’t I say I’ve been living right these past few days. I’ve been doing everything from freezing up again to preparing myself to keep my eyes wide open and take whatever is going to happen. I did hear from another friend today and apparently, she doesn’t think I’m as “skeevy” then again what goes down in the DM… is friendly banter.

What do you do when the world is ending… a friend and I had this discussion on one of our movie nights, end of the world genre and during “4:44 Last Day on Earth” besides agreeing that was the worst choice of a movie, we also agreed we would have bigger plans on what we would like to do. At this moment because it certainly isn’t the end of the world but now I would tell the woman I offended I was sorry, again because I am and I was wrong. If not that I want to thank her because if it wasn’t for her this new fire inside me wouldn’t exist, how much have I done because some pretty divorcee hurt my feelings?

It really doesn’t matter what the difference is to anyone that finds themselves under the bomb, they see it okay, they don’t well that’s okay too. For now, the lesson for today is the reason bombs are dropped at all and we both know why that is Lady Lu because, in all of this evolution, I know men are idiots.

And what’s one more
wish for what can never be
a thought of you and me
When love is an open door
yet your feet don’t hit the floor
Called you an angel, but maybe
you’re an atom bomb baby
So, “What are you waiting for?”

And what’s a couple of strings
Falling for you? Me too
Tell me, love me like you do
Or would you have me pretend
You’re my girl on fire

If I were like other men
Dreaming of you, of more, of sin
My desire

Be my atom bomb baby
Maybe, somehow
Only one man in town
So let me be him
World war three on satellite TV
How I feel about you and me
We lie here shyer

Well I have to blame something or someone, but seeing as how all my loves have been one sided, should I blame the stars, those pedestals I keep building, my biology, or how I imagine some girl falling for me. Blame Atom or my own eyes.

if you would love me like you do
Blame you, love I’m still alive

Who knows… first love, I believe I have felt that; first date, first kiss, first time, never had those and I can’t even remember the first time I “felt good” if you catch my meaning. One, Two… Love; yes I’m still counting down the days

What’s the code for “I love you”
Thirteen women… dark, blonde, red, brunette
But it’s you I can’t forget; love a countdown to maybe

Because I rather be back in bed… if I need feathers I’ll find an angel, a pillow serves as a decent cloud and the sky… hell I was only looking for her anyway. It’s going out that’s the problem, I’ll already be waiting for the end, Mystique Mushrooms.

And so we hide together
Knowing we’ll blow each other apart
Bombs in a fallout shelter
Did we forget our hearts?
No we got this year’s love
Though we’re only two freaks

Wanting to have enough
When we’re left with three little words… I love you
Yet it’s all Greek or virgin geek
Still you love me like you do
For an atom bomb baby, you’re sweet

So let the clouds pass us by
While we’re waiting on mushrooms
No one wants to know why, but why should we lie
here alone, as if we don’t know we are doomed
But we refuse to blink
Because I believe
or think I love the mystique

Inspired By: Mystique, Raven Darkhölme, Jennifer Lawrence, Dore Alpert “Fallout Shelter”, “Next To All Hearts” Play’d: A Hip Hop Story (2002), David Gray “This Year’s Love”, Ellie Goulding “Love Me Like You Do” Fifty Shades of Grey Soundtrack, Five Stars “Atom Bomb Baby”, Blessid Union of Souls “I Believe (Love is the Answer)”, “CivilDefenseSpot” (YouTube), and a great many thanks to “Fallout 4” 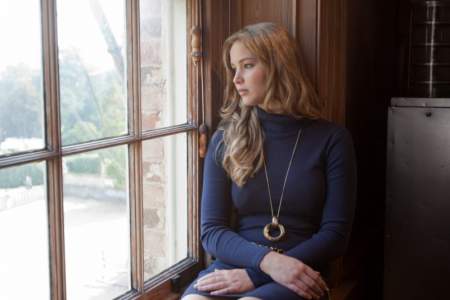 Hot, isn’t that how most love “affairs” start, maybe she’s too hot but all men end up falling don’t they. “Melting Cupid’s Wings”, what do you say before some pretty girl changes your world… not “forever” doubt I’d ever meet that girl.

Love… when it could be something else
You knock me off of my feet
A million times hotter than TNT
Epic fail
That my world lies un-rocked
My heart, the stars, everything but the words dropped

Putting an end to the birds and bees
Thanks a lot

Cupid… what the hell
What are you waiting for?
I look outside my door
*sigh* How you make me melt 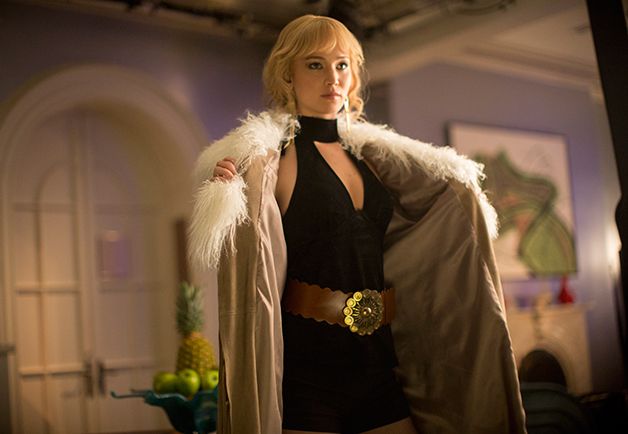 I think it’s inevitable… the emotion and the feeling and I’m not saying you’ll keep it but for a moment you’ll see it, you’ll stand in awe, and whether good or bad in the end it will destroy you… love. You won’t be the same or I wasn’t Glowing Up Hot

Falls back down to earth
Because I was so sure
You were an angel… ain’t I right
My atom bomb baby
Only I’m not afraid of heights
But you’re Atomic Baby, pretty hot lady
I think I’ll find my way tonight

To you, somewhere on this Earth
Maybe I’ll convert
Become a follower of uranium rock
Catch the uranium fever
Yeah you’re so damn hot
Yes I’m a believer
That loving you, is what I got

I’m the lone wanderer in the desert
A wasteland freak and pervert
Something else to tell the truth
Just I don’t know how to stop
“I love you”
Is there a power greater than atomic?
Not if you love me like you do

If you’re mine, if you’re her
Tonight, tomorrow, someday, love hurts, and I’m on alert
Still I sit in my room, doomed
Alone… watching, love stories like world war three on pay TV
Until I see you again and my heart goes KABOOM!!! 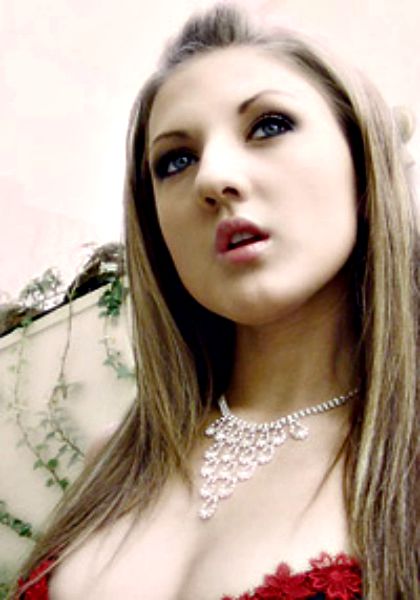